Richard’s teaching draws from a broad range of approaches to human understanding both Western and Eastern, and he has the special gift of being able to communicate the foundational insights of these diverse traditions in a contemporary and ever-fresh way.

In 1977 Richard Moss was a practicing physician when he experienced a spontaneous state of illumination that irreversibly changed his life and profoundly transformed his understanding of our human condition. With this opening came a new level of sensibility, including a heightened intuition, subtle insight into mystical and spiritual teachings, the ability to sense shifts of attention in others, and a comprehensive kind of intelligence that integrates and brings coherence to many seemingly disparate aspects of the human condition .

Impelled by this opening and its intensity which required virtually continuous self-examination, he took a sabbatical from his medical practice and began a period of withdrawal from his usual activities. For nearly a year he spontaneously meditated for hours each day and read  spiritual and depth psychological literature, as well as poetry, and mythology. Above all, he made a careful observation of a new quality of sensibility moving in his body, a kind of current or energy flow. Some thoughts instantly generated emotions and sensations that obscured that flow while others refined the current into a living spaciousness.

From this introspective period grew his understanding that the root cause of unnecessary human suffering and conflict comes from two basic forms of ignorance:

First, unquestioned identification with your thinking, specifically your judgments and beliefs. The instant you judge or unquestioningly believe anything about yourself or another you have divided your own mind. This internal mental division is projected into the world, and you perceive a divided world that you engage with reactively. This, in turn generates further divisive thoughts and behaviors and more reactivity that becomes a self-perpetuating state of suffering. Richard refers to this process as mental-emotional looping.

He realized that fear can never be defeated at its own level. An internal sense of genuine security can never be achieved, except transitorily, through any form of positive thinking, self-control, emotional self-management, such as through exercise or food, or by medications or new technologies. Rather, the presence of threatening feelings invites you to become a student of  consciousness. Fear becomes your teacher, and you learn to turn your attention immediately toward the sensation of fear and stop running away into thinking and strategies for security. You practice bringing a quality of attention to the fear that has no goal or agenda. In other words, you feel the fear and repeatedly relax and stop resisting it. Fear never changes; your self-system, your self-identity that is poorly adapted to experiencing fear is what transforms. You gradually become the spaciousness of your essential consciousness instead of the narrow consciousness of your ego. Feelings move in you like music or weather instead of being barriers or blockages.

Richard realized that feeling is a more primary mode of consciousness than thinking, that the belief in the supremacy of intellect has been and is a dangerous hubris. All neglected feelings or those that are denied, refused, or met defensively, will activate the mind into mental-emotional looping and consequent destructive behaviors. Feelings must be addressed directly with transformative awareness before mental-emotional looping will stop and thinking can be healthy and supportive of true intelligence.

Also, during this period of introversion and integration of the new consciousness he began to recognize the agency of a distinct dimension of intelligence that came especially through dreams, and for which he had no predicate in any aspect of his education or experience. He realized that he was being guided and taught by a superior intelligence through certain dreams. This Inner Teacher led him to understand the limited nature of his egoic self-system so that he could begin to navigate each moment through a quality of attention that transformed his relationship to himself and to all arising experience. Thus began a study and contemplation of dreams which is a central part of his teaching, and his immense respect for the wisdom that dwells, waiting to be tapped, in each of us.

Richard never returned to medicine, but he had been a loved physician and eventually a few of his former patients located him thanks to a sympathetic nurse colleague. These few patients began consulting with him at his home ostensibly to discuss their medical care. He would sit with them, holding hands in silence for long periods, then begin to see what spontaneously emerged in their discussions. When a local psychotherapist noticed profound changes in two of her clients who had come in this way to consult with Richard, she organized a seminar for herself and her colleagues and invited him to share what he was discovering. So began his work with individuals and groups, which he has pursued and developed for 45 years.

About his work and teaching style

While there have been many important influences in his life, including several mentors, his work evolved from spontaneous realization independent of any specific spiritual or religious traditions. His teaching was and remains the path by which he continues to learn, integrate, embody, and language what had awakened in him and never stops awakening. He offers a path of transformation and conscious living accessible to anyone according to their curiosity and determination, and he is the living embodiment of it. What you will receive when you join him in his private mentoring or the retreats he now does with his wife, Katherine, does not depend on taking on any new belief system or joining any teaching community; there is no pressure whatsoever for you to change yourself until you do so naturally out of your own insight. His work is about catalyzing you to live as fully and creatively as you were born to live. It is an invitation to what he calls “radical aliveness” – a vitality and intelligence that comes from your deepest being. He understands that he is simply a mirror for who you can become, even while you are loved and respected just as you are. For Richard it is simply a matter of when you become that mirror for yourself.

Richard’s teaching draws from a broad range of approaches to human understanding both Western and Eastern, and he has the special gift of being able to communicate the foundational insights of these diverse traditions in a contemporary and ever-fresh way. No two talks or workshops or private sessions offered by Richard are ever the same even when they address similar themes. Each one is a kind of “warming up” into innocence that brings his teaching forward in an original and living way. He has the rare capacity to induct his audience into the state of consciousness from which he lives and speaks without using any kind of motivational intensity which relies on the more ego-activating level of charisma. His words and presence may touch your heart because they emerge from a still and timeless place. It feels like he is speaking directly to what you need to hear and feel even if, as is often the case, you don’t actually understand what he is saying.

His teaching style can be very direct but is always respectful. Unlike many teachers, he is easily approachable. He believes that the surest mark of his own depth of consciousness is the naturalness and ease with which he can be with people in any setting, not just as a teacher.

Richard’s goal is that you don’t merely follow his or anyone’s work, but that you learn to become your own teacher.

Richard is renowned for the experiential richness of his programs. Over the years he has spontaneously invented scores of exercises that help point individuals to experientially understand what he is speaking about at that time. Often people who have worked with him ask whether he will repeat an exercise that was pivotal in their own self-discovery. In many instances, he has long since forgotten those spontaneous teaching creations. What was is not important; he trusts the timeless freshness of what emerges and that any time spent with him can open you to your own multi-dimensional consciousness.

AWARENESS ITSELF IS A RELATIONSHIP 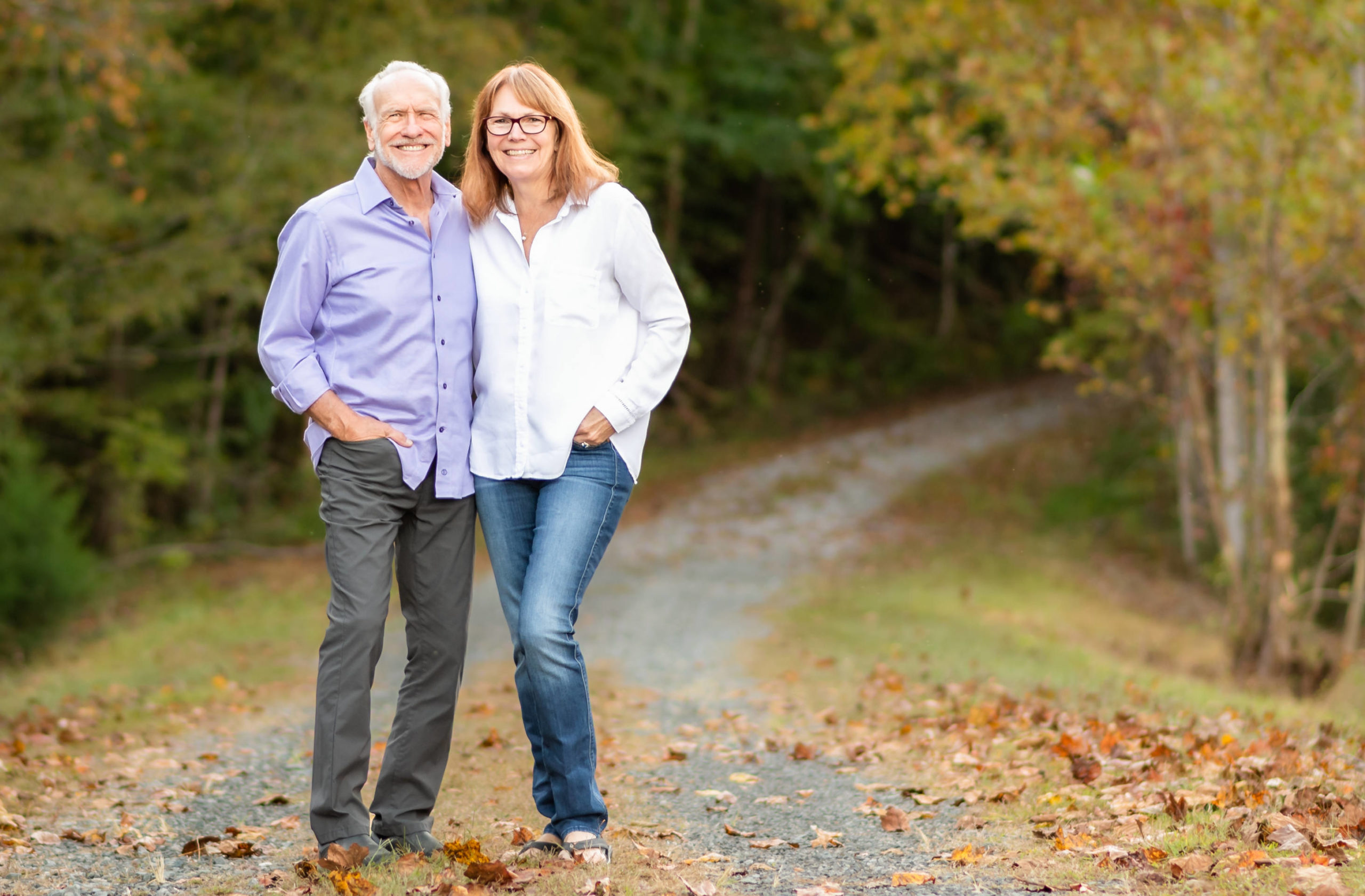 At this stage of his life, Richard has released overseas work unless all organization and administration can be done by a sponsor. Therefore, the longer, experiential retreats that were the hallmark of his career are no longer offered. Instead, you are invited to engage him in private mentoring, private retreats or in shorter, deep work, small group gatherings that he offers with his wife, Katherine.

Richard is married to Katherine Fellows-Moss and they currently live at Moon Lake in Sandy Ridge, North Carolina. Their life path together is commitment to relational consciousness in service to Love. They conceive of their relationship as a 3rd Consciousness or simply their 3rd. It is far more than just a metaphor; rather they know it as a living energy that lifts them towards Love, or towards God, with an intelligence that is inclusive of and at the same time distinct from either of their individual presences.

Together, Richard and Katherine are exploring the evolutionary potential of teaching from 3rd Consciousness. Consciousness in its roots is prior to gender. Their path together asks a question: What might a wisdom teaching be which emerges from the linkage of male and female embodiments? What if each person has a profound ground in Self-Realization yet intrinsically organizes and expresses consciousness in biologically and to some extent psychologically distinct ways, not to mention the manner in which each of them integrates within themselves both masculine and feminine understanding?

In one sense it is an experiment, in another it is inevitable. As culture polarizes itself around gender issues – and other ever-changing mind generated identity distinctions – the Ground of Consciousness nevertheless emerges into human subject-object consciousness through the distinct biological expression and essential complementarity of male and female, which is not intrinsically polarizing. Richard and Katherine believe living and teaching from 3rd Consciousness can foster a combined presence that is more balanced and inclusive than what either of them (or any individual) might offer. It is an adventure, not merely for couples, but for everyone, as Life is all about Relationship.

The I That Is We: Awakening to Higher Energies Through Unconditional Love (1981)

How Shall I Live: Transforming Any Health Crisis Into Greater Aliveness (1985)

The Black Butterfly: An Invitation to Radical Aliveness (1987)

The Mandala of Being: Discovering the Power of Awareness (2007)

Inside-Out Healing: Transforming Your Life Through the Power of Presence. (2011)

Earlier in his consciousness teaching career Dr. Moss presented at numerous conferences, churches, training organizations, businesses such as Eli Lilly Pharmaceuticals, and at institutions such as Harvard University, University of Chicago Medical School, Stanford University, U.C. Berkeley, and many others in North America, Europe, South America, and Australia.